The Melbourne School of Continental Philosophy is proud to present the Evening School Sem 1 2022 curriculum.  All courses are 24 hours in length.  All courses will be taught via Zoom. As always significant discounts apply for those enrolling in multiple courses. If you have any questions which aren't in our FAQs please email This email address is being protected from spambots. You need JavaScript enabled to view it..

Where: ONLINE.  All courses will be taught via Zoom.  Video recordings will also be available within a few days after each seminar for those who can't make the schedule.  Readings are made available online before the school begins.  Links to the Zoom classroom are sent out with the registration email.  All payment must be made via credit card during enrolment.  Also it's worth noting that Melbourne (AEST) is 10 hours ahead of UTC (5pm here is 7am in Berlin and 10pm in LA).

This full-year course will present a survey of all of the works of Gilles Deleuze. The course will be structured around a single requirement - to read and discuss each book entirely on its own terms. We will not, therefore, be looking to construct 'the philosophy of Gilles Deleuze' but just to understand, in miniature, each of his works. In this way, the aim will be to appreciate the specificity and richness of these works without subordinating them to the register of generality. The final week of the semester will be devoted to questions and discussion of the works we have discussed so far.

8. Difference and Repetition I

Readings: each week, two short readings will be provided. The first will be an extract from the work under discussion, while the second will be from an interview, or some other work, that casts light on Deleuze's aims.

Level: Intermediate. No familiarity with Deleuze's philosophy will be presumed, but his works are rich and sometimes challenging. 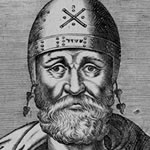 Athens and Jerusalem: A Theologico-Political shtrom through Jewish philosophy

In the second century CE, Tertullian, a Christian apologist, wrote On the Prescription of Heretics which contains a wonderful amount of bile against the impact that Greek philosophy had had on Christian thought, leading him to ask, in a now famous phrase: “What indeed has Athens to do with Jerusalem?” Tertullian was of course too late and both Islamic and Christian theology has not ceased to be caught in a fraught negotiation with Greek ideas. But before Tertullian, is the man who started this weaving together of Greek and monotheistic thought: a Jewish thinker, Philo of Alexandria. According to Wolfson’s assessement, for sixteen hundred years, philosophy was “fundamentally Philonic”. Wolfson includes Islamic, Jewish, and Christian philosophy in this assessment. He does not see the end of this Philonism of philosophy until Spinoza in the seventeenth century. However, “fundamental” is not the same as exclusive or total. Just as there were Christian and Islamic thinkers who sought to disentangle theology from Greek thought, so too were there significant Jewish thinkers (namely Halevi and Crescas) who sought to separate theology from Greek thought, before Spinoza.

This course offers an extremely partial (in the full sense of a selection of preferred parts) introduction to some key Jewish thinkers from Philo to Derrida.

The guiding thread throughout is a theological-political concern about philosophy and the means, motive and opportunity to think, despite the efforts of the polity or the clergy. The course will begin with Philo in the first century BCE and end with Derrida in the twentieth. 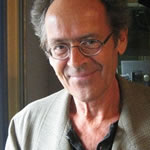 Bernard Stiegler on Art and Cinema

Bernard Stiegler promised but ultimately did not publish a two-volume work on aesthetics to be called Mystagogies. Nevertheless, the work he did publish contains much reflection on the origins and fate of art, the notion of aesthetic judgment, the epochs of art, the significance and difficulties of modern art and contemporary art, and the role of the artist, past and future. This course will conduct a tour of those works, focusing on the visual arts and cinema.

1. General Introduction to the Work of Bernard Stiegler

2. Specific Introduction to Stiegler on Art and Aesthetics

4. Cinematic Time and the Time of Cinema

7. Manet and the Tongue of the Eye

8. Duchamp and the Proletarianization of Sensibility

9. Kant and the Mystagogy of Aesthetic Judgment

10. Caylus, Diderot and the Quarrel of the Amateurs

11. The Organology of Cinema and Hossein Sabzian

12. From Chauvet and Lascaux to Fujihata and Beyond 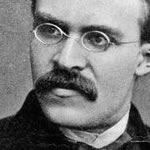 Does a serious work in philosophy have to be written in a scholarly way, formally and solemnly?

Equally, to become a serious philosopher, is it necessary to think and write exclusively as a scholar (for scholars)?

Perhaps not! Perhaps these are mere prejudices!!

Can a gay or light-hearted philosophical activity unmask profound meanings and errors, otherwise beyond reach?

Our course engages with Friedrich Nietzsche’s The Gay Science (Die Frohliche Wissenschaft), his first masterwork hammered by way of an aphoristic, playful, and often comical style. Here, Nietzsche emerges as a philosopher-troubadour, one who induces abysmal thoughts, feelings, and laughter devoid of a doctrine, and who at the same time kindles a radical spirit – a free spirit – averse to grave and oppressive realities: “gay science, philosophy that sings and sizzles”, as Walter Kaufmann puts it. Thus, gaiety becomes serious.

It is The Gay Science, Nietzsche’s “most personal” book, in which the author posits that there’s no overarching, unifying purpose in being, thereby exploding a fantasy embraced by the vast majority, “the blinking rabble” projecting the crisis of humanness into the future. Hence, a person seeking their values and perspectives on earth must be distrustful, audacious, militant, and cruelly creative. Otherwise, one is prone to surrender to mediocre, repetitive existence, however privileged and egalitarian, or to fall in love with an abstract, disembodied utopia, as a consolation.

In a way, then, The Gay Science is a handbook to the possibility of your own self and might, a necessity some readers may feel deep inside. It’s possible indeed, for Nietzsche, insofar as the philosopher's intellectual conscience is wedded with an artist’s feeling for life, in one person. The fact that this possibility appears impossible/impractical in our collapsing world can be attributed to our career-oriented educational system-prison, the rule of corporations, merchants and messiahs, and the pull back toward comfort, politeness and security. In return, we shall engage with Nietzsche’s work as a diet, maintained to fervently resist superfluous ways of life, even if this undertaking is bound to end tragically.

Textbook: your copy of The Gay Science.