The Melbourne School of Continental Philosophy is proud to present the Evening School Semester 2 curriculum.  Both courses are 24 hours in length. As always significant discounts apply for those enrolling in multiple courses. If you have any questions which aren't in our FAQs please email This email address is being protected from spambots. You need JavaScript enabled to view it..

Where: Church of All Nations (CAN), 180 Palmerston st, Carlton. There will be MSCP signage at CAN. Note: Disabled access is via the rear of the building which will also have MSCP signage. 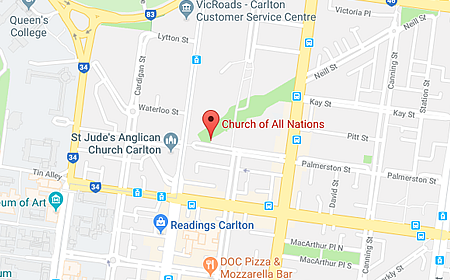 Show the Church of All Nations in Google Maps

The enrolment form includes both attendance and distance enrolment options. Distance Enrolment is available for all courses. 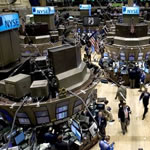 Elements of a Continental Philosophy of Economics

The goal of these seminars is to elaborate certain elements of a philosophy of economics oriented by continental philosophy, four in particular: price, debt, memory and money. The seminars will be topical and synthetic, prospective rather than comprehensive.

In elaborating these four elements – and beyond the resources provided by twentieth-century continental philosophy – particular consideration will be given to the anthropology of money, and aspects of modern monetary theory. Abstract Market Theory (Palgrave 2015) will be in the background of the seminars, and while nothing in particular will be taken as given from it, an electronic copy will be provided at the start of the seminar. Weekly readings will consist in extracts from a wide range of authors, and will be provided online from week to week.

Part 1: Introduction. Against the totalisation of value.

Part 2. Memory and debt. Against exchangism.

Part 3: Money. Against the hypothesis of ‘money as veil’

Part 4. Capitalism. Against the hypothesis of the free market. 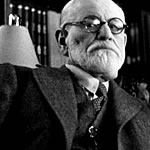 Civilisation and its unease revisited

Block 1: Freud: Unease is the cost of doing business

This week studies Freud’s concept of the state of nature and the social contract qua of the murder and internalisation of the father.

This week studies sublimation as the sine qua non of civilisation and the reason that civilisation must make us unhappy.

Block 2: Nietzsche: Death to the ‘improvers’ of ‘man’

This week studies Nietzsche’s very particular view of ‘progress’ as the progressive undermining of human strength and the victory of the small and the interests/welfare of the small.

Week 4: On culture versus civilisation

This week examines a violent future in which we might be happy, returning to the concept of sublimation from a different angle.

Week 5: On the genesis and content of the ‘Total man’.

This week studies how for Marx unfreedom and dehumanisation are the only possible paths to freedom and autonomy, explaining his odd hunger for a world war in the early 1850s.

This week studies recent literature that suggests that Engels is the true basis of Marxism, and explores the idea that Engelsism cannot understand the Marxist aim of ‘culture’, of civilisation culminated.

Week 7: The merits of anomie

This week will study a proto-Freudian response to civilisation grounded in Marxism. Before Freud, Simmel stated that human unease could not be removed from civilisation. Like Freud, Simmel focused on the necessary relationship between unhappiness and being free and civilised, making more peace with unease than Freud could.

Block 5: Adorno and Marcuse: Do not bridle nature

Week 9: The technological rationale is the rationale of domination

This week studies Adorno’s response to the problem of civilisation. Unlike Weber, who tells us to try to thread the needle and make instrumental rationality work for us, Adorno suggests that we give up on civilisation and any attempt to master nature. As for Nietzsche, however, the idea of culture remains important, though without Nietzsche’s obsession with higher forms of cruelty and violence remaining within culture.

This week revisits Marx’s concept of alienation and examines Marcuse’s response: that work cannot be made safe for us and we must instead focus on play.

This week compares the basic theses of Civilisation and its Discontents and Eros and Civilisation. For Marcuse, prohibitions against gratification can be loosened without a descent into a Hobbesian nightmare. His concept of ‘self-sublimation’ dictates that the nature of raw gratification itself leads away from unbridled pleasure: especially for trained beings such as us. Much repression today is ‘surplus repression’ and can be removed. ‘Regression’ will follow, but not as much as Freud imagined, and we will gain much for a little loss.

Week 12: Amy Allen and the end of progress

This week challenges some of the ideas of civilisation and progress put forward in the unit and summarises the unit.

Quicklinks FAQ About the Members About the Affiliates Contact