The Crisis of Democratic Politics

A Discussion with Marcel Gauchet 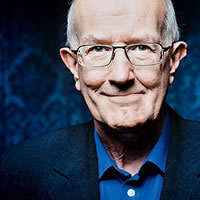 All invited - no RSVP neccesary.

This event is part of the French Festival of Ideas (La Nuit des Idées), organised by the Melbourne School of Continental Philosophy and in conjunction with Social Imaginaries, an international journal of social theory and political philosophy. The event is hosted by RMIT with support from the Centre for Communication, Politics and Culture, and has been conceived by Dr Natalie J. Doyle, Monash University.

Marcel Gauchet (1946 -) is a leading French philosopher, historian and sociologist, who has written widely on politics, the relation between democracy, religion and globalisation. In 2016 his debate with Alain Badiou on the future of democracy was published in English by Polity under the title What Is to Be Done? A Dialogue on Communism, Capitalism, and the Future of Democracy.

Gauchet is chief editor of the journal Le Débat. Until 2016 he held a senior research position in political philosophy in the Centre de recherches politiques et sociologiques Raymond Aron (CESPR) at the École des Haute Etudes en Sciences Sociales (EHESS). In recent years, he has become increasingly prominent in France as a public intellectual, commenting in the media on a range of issues from education to European politics and Islamic fundamentalism. He has most recently contributed to debates on the future of French society through a book of interviews Comprendre le malheur français (2016).

Since 2007 he has been working on a theoretically informed history of modern European democracy L’Avènement de la démocratie. Its fourth and last volume Le Nouveau Monde, offers an analysis of the contemporary crisis of democratic politics and of the genesis of the neo-liberal ideology, in both its right wing and left wing manifestations.

In his first Australian appearance, Gauchet will discuss – via a live teleconference from Paris – the nature, dynamics and consequences of the recent upheavals in democratic politics, such as the election of Donald Trump and the rise of populism. Gauchet’s provocative perspective will challenge the dominant interpretations of these events. Other participants in the discussion will be Dr Natalie J. Doyle, Professor John Rundell, Professor Peter Murphy and Dr A. J Bartlett.

Natalie Doyle is Senior Lecturer in French Studies at Monash University and Deputy Director of the Monash European and EU Centre. She co-edits Social Imaginaries and has recently completed a book for Lexington on the contemporary crisis of European democracy, titled A Loss of Common Purpose: European democracy, depoliticization and imaginary constructs of Islam. She is one of the editors of Domains and Divisions of European History, New Europe, New Worlds?,  Regional Integration and Modernity. Cross Atlantic Perspectives.

Peter Murphy is Adjunct Professor in Humanities and Social Sciences at La Trobe University and Research Fellow in the Cairns Institute at James Cook University. A liberal-conservative theorist, he is the author of Auto-Industrialism: DIY Capitalism and the Rise of the Auto-Industrial Society (2017), Universities and Innovation Economies: The Creative Wasteland of Post-Industrial Societies (2015) and The Collective Imagination: The Creative Spirit of Free Societies (2012).

A. J. Bartlett is Secretary of the Melbourne School of Continental Philosophy and is Adjunct Research Fellow at the Research Unit in European Philosophy at Monash University. He is the author of Badiou and Plato: An Education by Truths and co-author of Lacan, Deleuze, Badiou. He is the editor of Badiou: Key Concepts,  Badiou and his Interlocutors: Lectures, Interviews and Responses and What is Education? He is the translator with Alex Ling of Alain Badiou’s Mathematics of the Transcendental and with Justin Clemens, Alain Badiou’s Happiness.

The organisers thank L’Institut français and the Australian Embassy in Paris for their role in making this event possible.