In 2020, I spontaneously took the position that I would neither write nor read anything philosophical about COVID, on the principled basis that the facts of the pandemic and a fortiori the human response to it were so inchoate that the material was not there to be cognised, and thus that any responses that anyone issued must be prêt-à-penser takes, cut to fit it.

At the same time, the COVID-19 pandemic, and a fortiori the state response to it, raised serious and immediate questions for a framework of political thinking I had been wearing for many years, namely thinking Foucault’s notion of biopolitics within a Marxian class analysis. Specifically, the pandemic effectively seemed to pit biopolitics (that is, in brief, in Foucault’s usage, the operation of power through the active promotion of the biological life of a population of human beings) against capital. The more or less ubiquitous international response by states to the appearance of the new virus was to engage in measures of an unmistakably biopolitical cast that were so stringent they directly threatened to crash economies.

This was not something I would have predicted. Rather, I would have predicted, despite the Foucauldian caveats on my filiation from Marx, that the protection of bottom lines would have trumped the protection of lives. It seemed to me that the states had not only shown biopolitical care, but had seemed to show that this purpose of theirs could actually override the purported dictatorship of the bourgeoisie. Foucault 1 – Marx 0, it might seem, although the paradox has also been noted that no one is talking about Foucault during this pandemic, that his citation count is allegedly plummeting, et cetera.

Increasingly, however, it has seemed to me that unfortunately it is very unclear that there was any aspect of the response to COVID that hasn’t benefited capital as such, and indeed the most powerful capitalists. One must acknowledge firstly a kind of baseline effect that lockdowns have tended to hit legacy retailers while grossly enriching the already-ascendent digital disruptors of commerce, Amazon most obviously, as well as other platforms that bring products to consumers’ doors. But the pandemic also seems to have been gamed adeptly to produce a bumper result for capital at large, since central banks and states kept the economy afloat principally through the measure of allowing banks to create money, who then promptly used this liquidity to inflate stock prices and buy up real estate.

At the bottom end, measures were taken in advanced economies to prevent multitudes of people simply becoming destitute, but since this is necessary to the continuation of the economy as such, it can hardly be characterised as anti-capitalist (although the ghoulish left wing of the US Democratic Party cast it effectively as such in their craven rush to have the husk of Joseph Robinette Biden Jr. installed in the Oval Office). The same goes for the measures to keep people alive: cascade failure of health care systems surely would not be great for many businesses, and, although we have hardly been ‘in it together’, it is nonetheless true that a runaway pandemic risks also infecting elderly capitalists – can they really entirely mitigate the risk that a COVID-positive busboy will cough on them? – hence the Mr Burnses of our society did have a vested interest in preventing an epidemiological apocalypse. 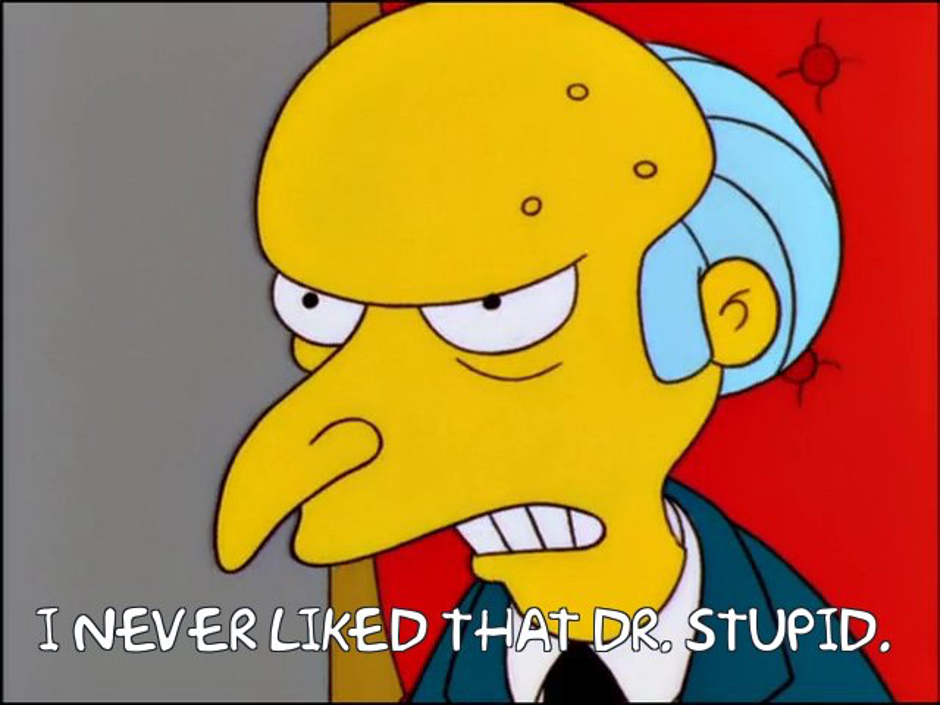 This is not to say though that there have not been insistent voices from the bouge-right effectively demanding just this, that everything be reopened post haste. These voices naturally come from those quarters most invested in the ability of people to breathe on each other in close proximity, including brick-and-mortar retail and of course the travel industry – it has only been possible to placate them for so long with gigantic ex gratia payments and make-work programs.

I am unfortunately somewhat constrained by the parochialism of the moment to talk specifically about the Australian case: COVID has seen Australia once again turned into a place of enforced exile from the world, and shorn of the opportunity to leave, my horizons have contracted considerably, particularly when it comes to the new plague. For most of the last year we have variably enjoyed a splendid isolation as a latter day Hotel California: a lovely (COVID-free) place that you can never leave. When it comes to Australia, it is very clear that, as elsewhere, the capitalist class has been not only insulated from the impact of COVID restrictions, but showered with unprecedented largesse, while Australia’s unexpected and unplanned quashing of the outbreak in fact meant that restrictions have been much less than elsewhere and business activity has continued at much closer to a normal level.

But, of course, this could never be enough, because the nature of capital is ever-expansive. The plan always had to be to reopen the borders and allow capital its full obscene promiscuity. Government, however, found itself stuck for a way to explain within a biopolitical logic the need to allow the circulation of a disease that would inevitably kill tens of thousands of people just to allow an already-healthy GDP to expand further. But then –oops! – the most pro-business state in the Commonwealth, run by a former banker, accidentally forgot to put in place rules that would prevent flight crew infecting local drivers and – whoops! – they didn't do very much to stop it spreading. Oh well, it's too late now: the only thing left to do is for everyone to take experimental vaccines of unproven efficacy and just reopen everything, including our international borders, funnily enough the very things the right have been agitating for all along, and indeed that Gladys had consistently said was going to happen every time there had been an outbreak in New South Wales before said outbreak was stymied by the state’s medical apparatus. Indeed, the medical response in this case, which was allowed in effect to prevent a runaway plague that would be actively bad for business, simply again and again worked too well.

What then of the new left-right divide that COVID has wrought, between the deadly laissez-faire of the Liberals and the stern eliminationism of Labor? The latter certainly seem to have skewed relatively biopolitically, to have protected life above property. But then again, the great Southern outbreak also happened via the left's own version of neoliberalism, through subcontracting out hotel quarantine security to a private sector operator, on the impeccable left-neoliberal grounds that this particular operator represented a form of capital that was non-hegemonic.

Ultimately, of course, the left-right dispute is a matter of little more than nuance here, with all the state premiers apparently having agreed to a plan to reopen the country's economy and borders based on a completely hallucinatory belief that vaccinating 70–80% of the adult population with experimental vaccines developed to fight a different version of the virus would keep hospitalisations just below the threshold required to hold the system together, even though there is not and indeed could not be evidence that this will work.